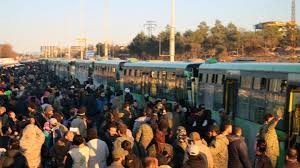 „Characteristically, an autocrat inflates his place in history. But, in this case, it’s worth acknowledging that Assad has a point: the significance of Aleppo’s collapse is far greater than its physical territory, its ancient history, and its former splendor. For more than four years, Western governments and the United Nations stood by, watching, as Assad and his backers ostentatiously ignored the laws of war, and residents of eastern Aleppo live-streamed their own extermination. Now, along with tens of thousands of civilians, the credibility of the powerful countries and institutions that could have helped them, but didn’t, lies in Aleppo’s rubble and blood.

Consider Abdulkafi Alhamdo, a Syrian teacher and activist, who had taken Western politicians at their word and believed that documenting human-rights abuses mattered to the international community. He stayed in Aleppo under bombardment and siege, and broadcast his thoughts on Twitter, because he thought that if the world witnessed civilians suffering in Aleppo, it would come to their aid. Last Tuesday, Alhamdo filmed what he expected to be his final message, a warning to activists living in other repressive parts of the world. ‚Don’t believe anymore in the United Nations,‘ he said. ‚Don’t believe anymore in the international community. Don’t think they are not satisfied with what’s going on.‘ He sighed, and checked his surroundings. Pro-Assad militias were closing in. ‚This world does not like freedom, it seems. Don’t believe that you are free people in your countries anymore. No.‘ There was the sound of gunfire in the background. ‚I hope you can remember us.‘ (…)

Now is the time to stop talking about violations of human rights in Syria, and, instead, to describe atrocities in the proper terms: war crimes and crimes against humanity, as defined, unambiguously, in the Rome Statute, the founding document of the International Criminal Court. A campaign of ‚extermination,‘ for example, is a crime against humanity characterized by ‚the deprivation of access to food and medicine, calculated to bring about the destruction of part of a population. (…)

Assad’s campaign in eastern Aleppo was distinguished by the near-constant commission of war crimes and crimes against humanity, in plain view. (Many rebel groups in Syria have also violated the laws of war, but on a vastly smaller scale.) Total war against a civilian population and infrastructure is as effective as it is illegal, and last week it prompted what has become widely known as the ‚evacuation‘ of eastern Aleppo. Even the U.N. Security Council used that term, as if the choice between death and displacement is any choice at all. In the preceding days, the U.N. had reported that pro-Assad militias were going house to house, and had executed scores of civilians, including women and children.

The legal definition for what is happening in Aleppo is forced displacement – a term that has been carefully avoided by the Security Council, which, ignoring the reality on the ground, issued a resolution this week stressing the importance of ‚voluntary, safe, and dignified passage of all civilians.‘“ (Ben Taub: „Aleppo’s ‚Evacuation‘ Is a Crime Against Humanity“) 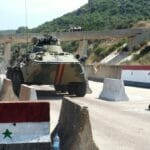 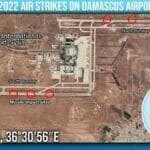 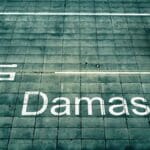 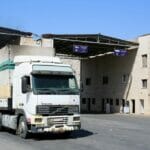