„A U.N. humanitarian official warned Thursday that the town of Madaya, northwest of Damascus, and al-Waer, the last opposition neighborhood in the central city of Homs, could be the next to capitulate under siege, along with Foua and Kafraya, two pro-government towns in the north besieged by rebels.

Jan Egeland in Geneva said the U.N. had failed to neutralize what he has previously called a ‚medieval‘ tactic. ‚A siege is not broken by the population giving up after starvation and bombing; a siege is lifted by humanitarian access and freedom of movement, in and out, by the civilian population,‘ said Egeland.

The government registered its first success in May 2014, against the old city neighborhoods of Homs. After bombardment drove tens of thousands of civilians out in 2012, the government enforced a siege so tight that residents were digging up shrubs from the cemetery to eat and gunmen raided homes for food. The districts gave up after 700 days. Fighters agreed to leave, and remaining residents accepted the government’s authority. Hundreds of men were also arrested.

One of the first areas to cast out the government’s security forces in 2012, Zabadani had been under siege for years when it came under a powerful assault by government troops and allied fighters from Lebanon’s Hezbollah in 2015. Most residents fled to nearby Madaya, although some 120 fighters are still besieged in the town center. But Madaya, too, is under a crushing siege, enforced by snipers who pick off residents as they try to collect food from groves. Pro-government forces burned vital farmland in June. At least a dozen deaths due to under-nutrition and the scarcity of medical supplies have been recorded.

Egeland, of the U.N., said there is believed to be a meningitis outbreak in the battered town. ‚There is talk between people of returning to ›the nation’s embrace,‹ said local media activist Abdel-Wahhab Ahmad, using the government‘s euphemism for surrender. The U.N.‘s special envoy to Syria, Staffan De Mistura warned the international community that agreements under these terms could lead to even larger displacements. ‚If Daraya was a shock, al-Waer is 75,000 people, ok? Just to give an idea, ‘ he said, in Geneva Thursday.“ 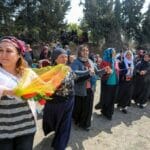 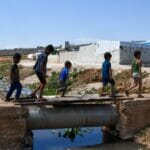 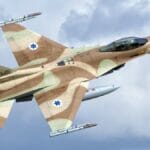 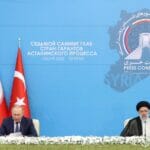