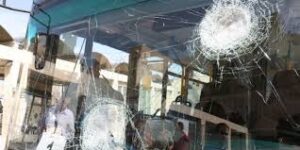 „Here’s what things looked like a few weeks ago: The lone-wolf Palestinian terror attacks that were proliferating a year ago had largely died down since most Palestinians had concluded (correctly) that they weren’t accomplishing anything. Rocket attacks from Gaza were at their lowest point in 11 years, with only 15 rockets fired in all of 2016, down from 24 in 2015. Moreover, the fact that just 39 rockets were fired in the two years following the Gaza war of 2014 showed that this war had created far greater deterrence than its predecessors. (…)

But by last week, things looked very different. Israeli defense officials reported a sharp upsurge in attempted Palestinian attacks–primarily rock-throwing, but there was also a deadly car ramming in Jerusalem that killed four soldiers and wounded 16. In a highly unusual statement, the officials noted that this rise had occurred in the two weeks since the UN Security Council passed a resolution condemning Israeli settlements on December 23. And while the increase was partly attributable to the Palestinian exam season (when more teens are out throwing rocks because regular classes are canceled), it was much steeper than the usual exam-period spike.

That this upsurge occurred immediately after the UN resolution is no coincidence. Defense officials obviously can’t spell out the causal connection. It would be highly unseemly for them to accuse the Obama Administration of fomenting anti-Israel terror. (…)

In the months preceding the resolution, the international community had started paying more attention than ever before to the way the Palestinian Authority incites and encourages terror. For instance, a July report by the Quartet (comprising the U.S., UN, EU and Russia) infuriated the PA by including an unequivocal condemnation of PA incitement, complete with examples. Even more significantly, the British government announced last month that it was putting new restrictions on aid to the PA because of its payment of salaries to imprisoned terrorists, while the U.S. Congress is considering slashing aid to the PA for the same reason. Since the PA is already facing serious funding shortfalls, these were worrisome developments. Consequently, it had begun ratcheting its anti-Israel incitement ever so slightly downward.

But then came the UN resolution, followed by Kerry’s speech on the peace process five days later, and the PA realized it no longer had to worry about incitement: The good old days, in which the world blamed Israel alone for the absence of peace, were back. (…) Consequently, the PA felt free to ramp its incitement back up to full force. And it did, to deadly effect. (…)

But Palestinian incitement isn’t just deadly to Israelis; it’s even deadlier to Palestinians. Whenever violence breaks out, Palestinians always end up with the higher death toll; that’s inevitable, given Israel’s superior weaponry. Unfortunately, that has never yet deterred the Palestinian leadership from fomenting it. Thus, by reassuring the PA that it will face no international consequences for inciting, the Obama/Kerry team guaranteed bloodshed on both sides.“ 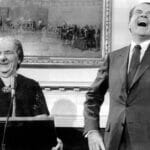 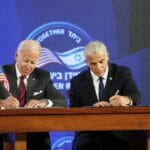 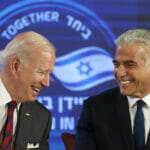 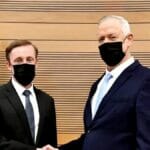