„High-level Islamist figures and sources close to Jabhat al-Nusra in Syria have confirmed over the past few days that the group will soon cut ties with Al-Qaeda. Multiple reports also have confirmed that the group’s consultative council (Majlis as-Shura) has recently voted to break away from the terror organization. The sources justified the delay of the announcement due to unresolved issues within the group and opposition from some leaders over the move, as well as external pressure being applied by Jund al-Aqsa, a jihadist group operating in Syria. Although similar claims about Al-Nusra’s intention to sever ties with Al-Qaeda have been circulating since late 2013, experts familiar with this topic agree that unlike previous claims, there is growing circumstantial evidence that the group might actually follow through with the move. ‚We’ve heard such claims before, but this one comes after Abu Mohammed al-Maqdisi (an influential Jordanian-Palestinian Salafist) effectively gave his permission for such a move,‘ Charles Lister, a senior fellow at the Middle East Institute, tweeted yesterday in response to these reports. However, it is still not clear when this split might be announced and what impact the move will have on Al-Nusra in particular and on the dynamics of the conflict in Syria in general.

Jabhat al-Nusra was established in Syria in late 2011 and quickly gained notoriety for its military exploits against the Assad regime. In December 2012, the group was designated a terrorist organization by the US due to its affiliation with Al-Qaeda in Iraq, whose members would later go on to form the core of ISIS. Nonetheless, Al-Nusra continued to increase its influence and root itself within Syrian society while suspected ties between the group and Al-Qaeda remained unconfirmed speculations. However, Syrian opposition groups began pressuring Al-Nusra to distance itself from Al-Qaeda after the former pledged its allegiance to Al-Qaeda chief Ayman al-Zawahiri in April 2013. Regional countries, namely Turkey and Qatar, were also reportedly involved in attempts to persuade Al-Nusra to sever ties with Al-Qaeda, but the group remained loyal. However, it seems that recent developments in Syria may be finally changing the group’s calculus. ‚Al-Nusra may distance itself from Al-Qaeda because it feels that the creation of the proposed US-Russian air coalition to specifically target them is imminent. The group is also trying to regain the community support it has been losing in Syria by transforming itself into a Syrian group,‘ wrote Syrian journalist Manhal Barish on the activist website Al-Modon. Another source close to the group confirmed to the author  that ‚although talks on breaking with Al-Qaeda have been ongoing for a long time now, the launching of the proposed US-Russian air coalition to target Nusra has played a significant role in the timing of the decision. The Al-Shura Council and the high and mid-level leaders all agreed on the break, with the blessing of Al-Qaeda leadership, due to the threats the group is facing,‘ said Mohamed Raed, a local activist in Idlib.“ 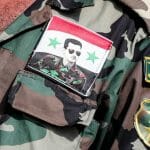 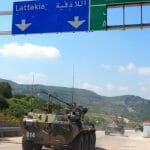 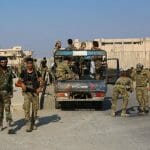 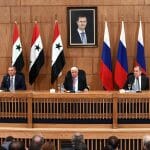