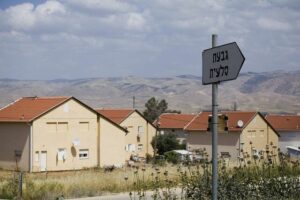 „The bright side is that despite all that doomsday rhetoric, and despite Obama’s failure to secure his goal of a long-term freeze of settlement construction, not much has changed in the status quo during his two terms. A careful look into the numbers shows that neither the population balance between Jews and Palestinians, nor the options for partition in the West Bank have materially changed.

Here is the breakdown on what changed during Obama’s term in office. According to Israel’s Central Bureau of Statistics, outside the five major block townships, a total of 6,818 housing units were approved for construction in West Bank settlements between January 2009 and June 2016. That would suggest a population increase of up to 34,000 people, assuming five people per unit. A separate analysis of voter registration data between February 2009 and March 2015 shows an increase of approximately 20,000 residents in the 70 settlements that are outside the major blocks, averaging about 4 percent growth per year.

While it is difficult to get an exact picture of population growth in the West Bank settlements, the ranges are clear. Israeli population in the settlements is growing, but at a rate that reflects mostly births in families already there, and not in-migration of new settlers.

Considering all that data, the working assumptions guiding Obama’s policy – as well as the administration’s alarmist predictions – were simply and flatly wrong. Settlement expansion is not speedily gobbling up the West Bank, nor has it killed off chances for peace. (…)

If President-elect Trump focuses on quick wins once he takes office, he will find that Israeli-Palestinian peace is less “the ultimate deal” than an impossible dream. The better course for the new American leader would be to put an end to dreaming and instead seek pragmatic changes that can improve the lives of Israelis and Palestinians alike. Critics may call this ‚small ball,‘ but repeated efforts prove that peace between Israelis and Palestinians will be built step by step – not by searching for new dramas on the White House lawn.“ (Elliott Abrams, Uri Sadot: „The two-state solution is not lost for the incoming administration. But Trump will have to pick his battles on settlements wisely“) 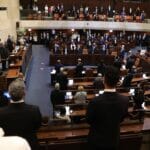 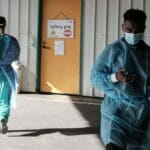 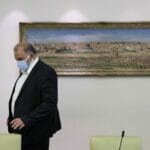